So, what makes Analox a great place to work?

COULD IT BE THE DIVERSE MARKETS THAT WE OPERATE IN?

We send sensors into space, keep an eye on belching bovines and ensure submariners are safe hundreds of meters below the sea!

OR MAYBE IT’S THE PEOPLE?

Without the hard work and determination made by everyone within the Analox Team, we wouldn’t be where we are today!

WHERE YOU FIT IN..

For Analox to continue to be the best we need the right team. We want everyone at Analox to excel and thrive in their chosen career, if you’re doing well, Analox is doing well.

If you decide to join our team, you’d be expected to:

STILL NOT SURE IF ANALOX IS RIGHT FOR YOU? TAKE A LOOK AT OUR PERKS! 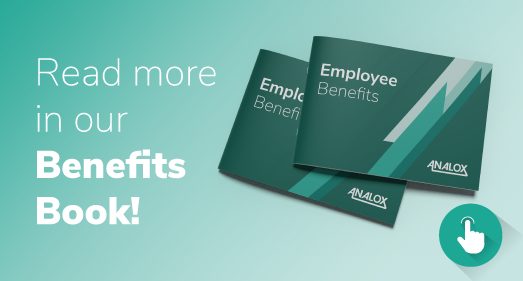 If you’re interested, take a look at our Careers page or get in touch with our HR team: hr.dept@analox.biz

WANT TO KNOW WHAT THE PEOPLE WHO WORK FOR US THINK?

I have worked in the Analox R&D team for over 7 years and I still enjoy my job. The people I work with are talented in their respective fields and usually have a funny or interesting story to tell.
Every project I have worked on has had different challenges, users, applications, operating environments and compliance, keeping me on my toes. I personally like the variety of products and systems Analox offers to so many different industries, always with the sole purpose of keeping people safe.
Designing products or systems for use around the world has given me the occasional opportunity to travel (UK, Poland, Germany & Japan). Meeting the end users and getting an appreciation of the requirements has been excellent and usually leads to a happy customer.
My commute is long (1 hour each way), which is the only downside for me, however car sharing has made this acceptable both financially and socially.
Overall a great place to work.

I started at Analox after relocating to the area in June 2014. I enjoy the openness between management and all the employees and the fact that everyone is very friendly. I especially feel welcomed and valued within my personal department (R&D).

Analox has supported my personal plans of getting married, allowing me to leave for appointments and other time critical events. I know that Analox values my knowledge and skills and cares about making me a better engineer.

Starting as a Production Technician with Analox back in January 1998, I did assembly and testing of IR sensors and finished instruments. After 11 months I was offered the role of Stores Supervisor. During my time in that role I also started producing manufacturing drawings using AutoCAD.

I started my current role in May 2007 as part of the R&D department creating assembly and test procedures and CAD manufacturing drawings for which Analox have supported me with in-house and external training such as Solidworks, a 3D design package.  Analox is a close-knit team of people, with a relaxed but professional workplace.

It’s a great place to work and the people here are like family. I have been here for a lot of years and so have some of the other staff so I have built some worthwhile friendships.

Since I started in 1996 I have seen the company grow and become a fantastic workplace. I have been fortunate with the support I have received, especially from my former manager when I was working in both the Operations and HR department as they helped me transition into my HR role full time, which was a great opportunity and I really enjoy doing it. I’m part of the furniture now, so I don’t intend on leaving anytime soon.

Starting as Office Junior with Analox back in August 1985 (then known as Scottish Anglo Environmental Protection Ltd) I looked after all the administration. After returning from maternity leave in 1993 I decided to make a move into the production area, which I continue to work in 27 years later as a Production Operative.

I have learnt and gained many skills throughout my time at Analox having received lots of training. All members of staff and management are helpful and friendly and we all work as one team and that’s the Analox team.